Mould in the living room is a widespread problem, often with health risks for people. Mould can cause allergies and respiratory diseases. Mould, which is often “hidden” behind cupboards, wallpaper and cladding, can be perceived by a musty, slightly earthy smell in the interior.

Our biocide-free solution
Alcohol removes small mildew stains with a one-off effect. Our pure alcohol can quickly and easily remove mould stains. The fungus is removed on the surface, but this is only “first aid”. Thereafter, further treatment should be given as soon as possible by the following means:

Mould remover encapsulates spores, binds them permanently and thus protects them from further spread. At the same time, the surface becomes strongly alkaline, which prevents resettlement. The mould remover does not cover the colour and should be painted over with lime paint if necessary. It adheres to almost any surface and is also suitable, for example, for renovating infested back walls of cabinets. Works for many months.

Due to its long-lasting alkalinity, lime has the best effect against moulds.

Lime paints are our proven means for the permanent removal and colour covering of mould. A double coating is usually sufficient to prevent the mould from recurring.

Fungi Sanifying Plaster is the best remedy against mould infestation on cold building parts such as poorly insulated window lintels and reveals. Also infestation in cold bedroom corners and bathrooms, which is usually associated with condensation moisture, can be permanently controlled with Fungi Sanifying Plaster. Its enormous absorbency ensures a dry and alkaline surface that permanently prevents further infestation.

Our recommendations refer to fungal infestation of max. 5 m². In case of massive infestation of whole rooms or even buildings, an expert should be consulted. If in doubt, you can discuss your issue with our technical advisors. Structural defects and special features can impair the effect of the products presented. 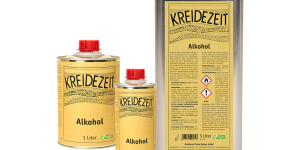 For diluting alcohol dissolved KREIDEZEIT products such as Shellac Sealing Primer. For cleaning tools that have been soiled with these products. For stain removal and degreasing of surfaces. For fungi removal. For dissolving alcohol-soluble natural resins such as shellac and copal. 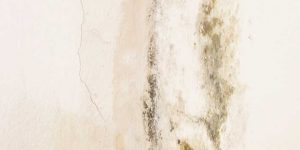 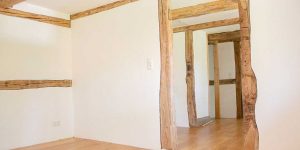 Lime paint with fine plaster appearance due to the content of fine marble sand (grain 0.5 mm). Compensates slight structural differences in the substrate. Pores and fine cracks can be filled. Keeps the surface structure of finely roughened plasters. 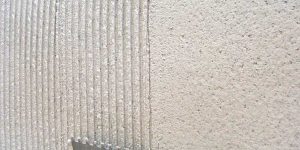 This lime plaster is particularly suitable to counterbalance high humidity in rooms thanks to its water absorbing qualities. Condensed water on the surface is absorbed immediately.
© KREIDEZEIT Naturfarben GmbH 2019